While I shot over a thousand pictures I’ll limit these posts to what’s not typically covered in the general aviation press. This is part II of my Aero report, enjoy the read!

FES, with the electric motor in the nose and the blades folding backwards has broken through and is offered on many single-seat sailplanes. While dead-simple and affordable, it does carry a drag penalty. The Akaflieg Berlin B13e offers an alternative with the entire electric prop and motor retracting in the nose.

The GP14 and GP15 made their debut and seemed very popular. Rightly so, because it’s the first ultralight sailplane design that seems to achieve performance similar to “real” sailplanes.

While from the outside the fuselage size seems to be somewhere between a SH “a” fuselage and the Diana II, it feels more roomy than either. Some people that were about 1.90m (6’2″) tall couldn’t get the canopy to close while others over that size would snugly fit in. With my length (5’10”), it felt plenty roomy for even long flights.

The GP’s use very different propulsion compared to most sailplanes. The retractable electric motor carries no drag penalty but still achieves the simplicity, inherent reliability and light weight of electric propulsion. Batteries stay in the wing to keep the wing’s bending moment low and contrary to FES (ground clearance), this is a true self-launcher. A jet engine is optional on the GP15. 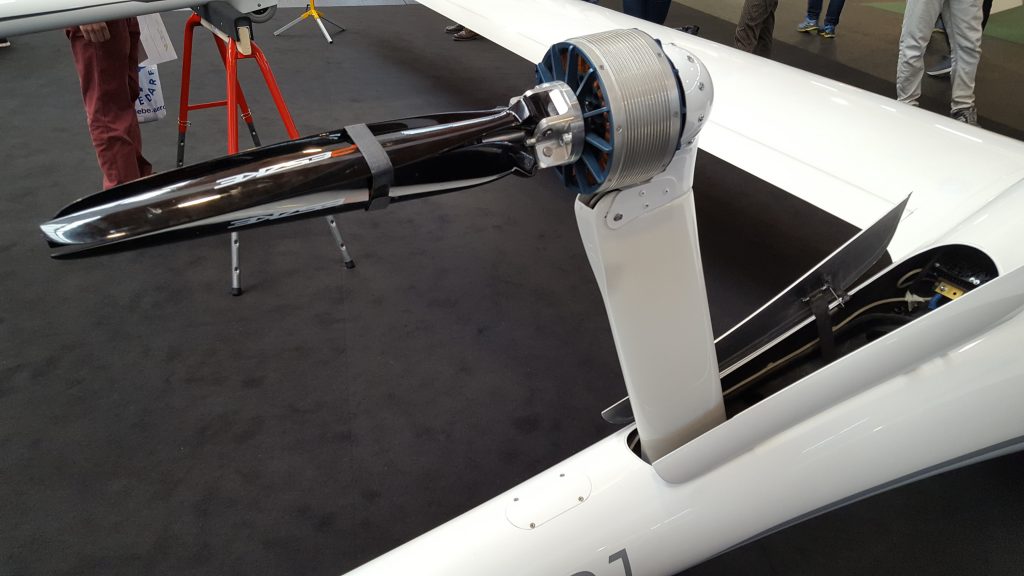 4-seaters that don’t break the bank

The typical GA 4-seat aircraft is large, expensive and even more expensive to own. The DA62 is a good example:

Sitting in both the Cirrus SR22 and the DA62, it was shocking that their cockpits were not substantially larger than those of the Dyn’Aero MCR4S (above) and the Advantic (below).

Seems that more money buys you a bigger airframe, but no more creature comfort or performance. There is a lot of interest in 4-seaters that are in the price range of your typical microlight or LSA and the market seems to be begging for an affordable alternative to the Cirri and the Van’s RV10.

The Niki Helicopters solution to a gyrocopter tail boom was pretty amazing, the entire tail boom is supported solely through the prop drive shaft. Given the small diameter it felt surprisingly stiff. 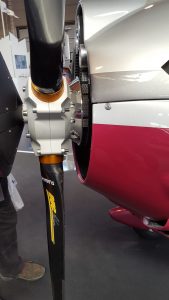 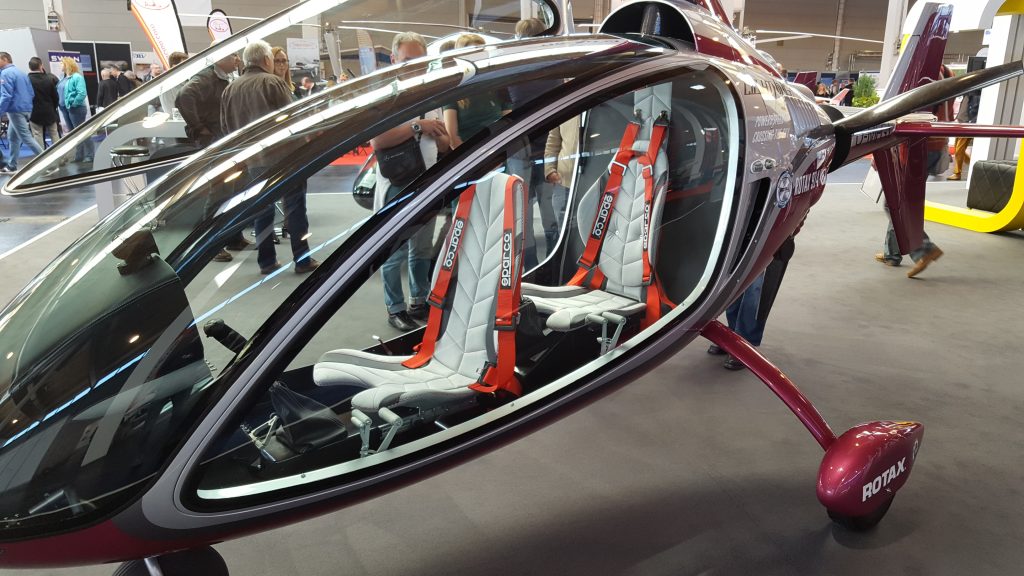 Crash seats in helicopters are often very complex designs; rightfully so, because the crash loads can be enormous. In this helicopter this was solved by simply supporting the seat in a real and mounting it on a shock absorber. 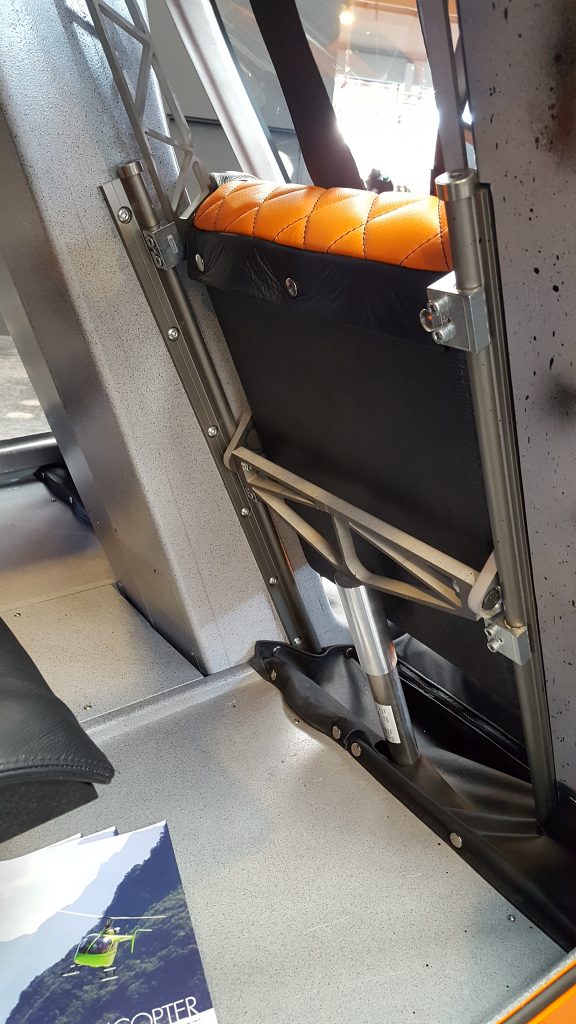 Coming from a background in sailplanes, the aerodynamics of some powered planes sometimes seem rather crude. The below flap fairing is often used on sailplanes (both ailerons and flaps) and leads to lower drag and noticeably more effective flaps/ailerons.